Let us face it – LGBTQ+ parenting is a subject that is, ironically, still in its infancy. While in many parts of the world, LGBTQ+ people can marry, and by extension, raise children; researches are adamant to prove that same-sex parenting is quite detrimental to the child’s mental health. However, there are also researchers who believe in the power of right parenting, no matter the sex of the parents. This article looks at both the kinds of research from an unbiased perspective. 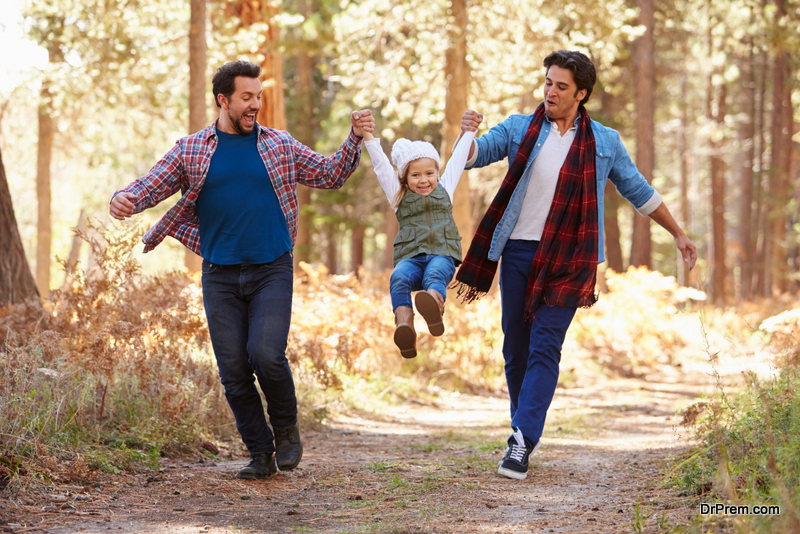 Donald Paul Sullins, a scholar hailing from Catholic University has conducted several studies on LGBTQ+ parenting. Sullins published his latest study in an online open access journal, based in Egypt. According to Sullins’ study on gay parenting, there is a direct correlation of children of same sex couples and mental health. Sullins believes that a child needs both mum and dad to thrive in the best way possible; and that LGBTQ+ parenting can lead to mental illnesses such as depression and anxiety in a child.

According to Sullins, adults who were raised by same sex parents were found to be at twice the risk for depression, as opposed to those whom different-sex couples raised. However, one cannot put so much of an emphasis on Sullivan’s research. The online journal, where the Catholic University researcher published his study, requires only a particular amount of payment for any kind of research to be made available globally. The journal is also quite infamous for its lax peer review system, thereby making it possible for less creditable research to make its way into being published.

Moreover, this study on gay parenting proves nothing conclusive. For one, Sullins’ study doesn’t mention the amount of time for which these children raised by same sex parents. Basically, this study has failed to define the terms “raised” and “same sex parents”, which throws the reliability of thus “LBGTQ+ parenting research” right down the drain.

There are multiple instances where men (and women) are driven by their religious faith into researching about raising children as same sex parents. While there is nothing wrong with one’s faith being the driving force behind researches and studies; if the same faith jumps over scientific attitude, it becomes a matter of concern. Thank common sense that the federal courts agree to it.

Study on children of same sex couples and mental health claims that LGBTQ+ parenting isn’t harmful for the child: 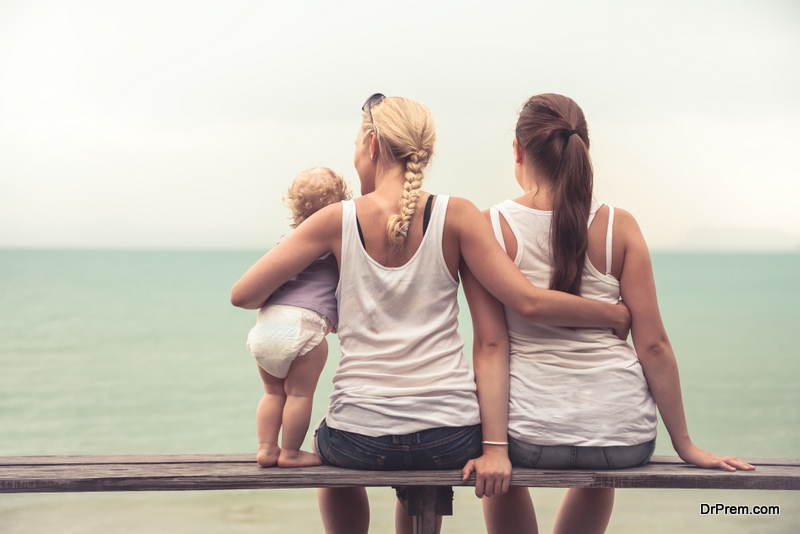 Every action has an equal and opposite reaction. In response to various studies and articles that claim LGBTQ+ parenting as harmful for the child’s mental state, there are studies and researches, which suggest that children of same sex couples and mental health has no correlation at all.

Abbie Goldberg, who works as a psychologist at Massachussets’ Clark Univeristy; suggests that gay parents have a higher  motivation, commitment, and focus as compared to heterosexual parents. This is so because LGBTQ+ parents choose to be parents;  rather than being forced to become parents due to an unplanned pregnancy or an impulsive decision. Goldberg’s study on gay parenting also suggests; that while there may be no difference between the mental and emotional health of children raised by same sex couples and children raised by different sex couples; LGBTQ+ parenting makes the child more open-minded and tolerant.

In 2010, Judith Stacey, a sociologist from New York University, teamed up with Tim Biblarz, another sociologist from University of Southern California to review every single study on children of same sex couples and mental health. The team of two observed that there is practically no difference in the children raised by same sex parents (lesbian parents) and the children raised by heterosexual parents. So, gender doesn’t harm the child.

Numerous researches hold opposite opinions on children of same sex parents and mental health. However, the more scientifically proved studies on LGBTQ+ parenting claim that there is basically no difference whatsoever; and even if there is, it is quite positive to say the least.

In conclusion;  it all boils down to parenting instead of the parents. If done right, it can harm no one – not even the children raised by same sex parents. It is better to not judge parenting based on gender, but rather on the ability of it all.