Parents have a great influence on the lives of their children. Their behavior, attitude and parenting style leaves a lasting impression which carries on to adulthood. Toxic parenting affects children in their psychological development, academic performance, business development, problem behavior and social behavior.Children who have been victims of bad parenting have to fight to depression and aggression later on in life. These are some of the toxic parenting traits that can wreak havoc on a child’s life.

8 Toxic parenting traits you must avoid

1. Not paying attention to children 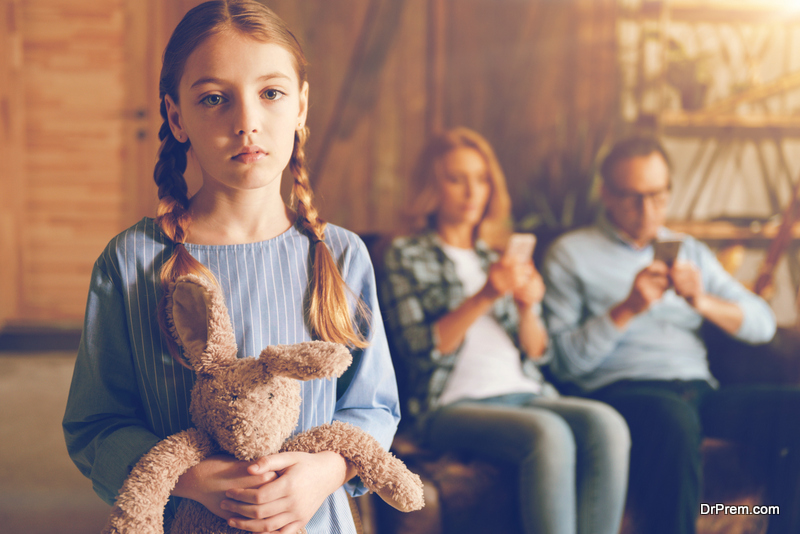 This is a trait which is common in bad parents. Ignoring their children in their early years is a toxic parenting mistake. Spending time away from them and neglecting them, not playing with them and not showing an interest in their hobbies does not speak of good parenting skills. Parents are busy with their smartphones and neglect their children.

Some children are left to the care of nannies and household help who have no idea on how to raise children, and may pass on some negative behavior and habits to the children. In worst case scenarios, many children left solely at the mercy of strangers are physically abused, without the parents ever coming to know. The inattention to children’s emotional and mental needs can ruin a child’s life. 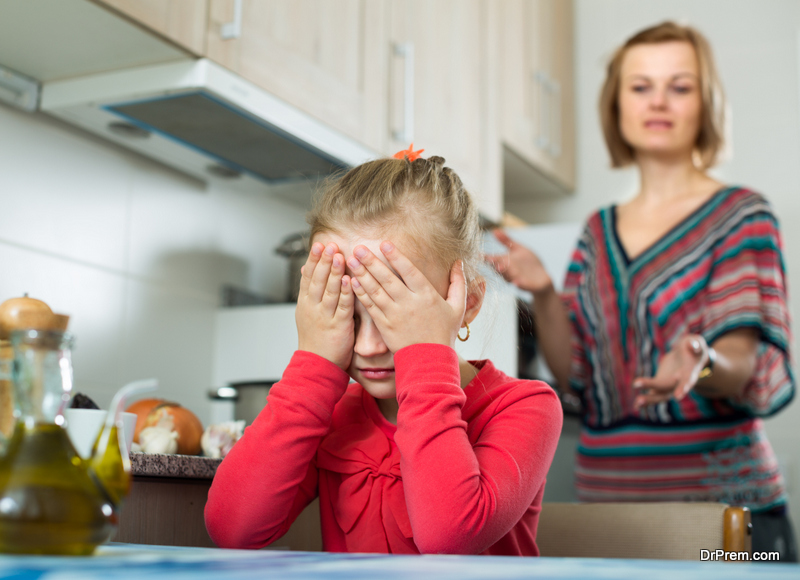 Some parents tend to have the habit of blaming children for everything. This gets so out of hand that children start thinking that they are responsible for their parent’s bad behavior or habits, such as drinking. The children have to be tolerant, act like adults and lose their childhood ahead of time. They are dragged into parent’s fight, and forced to choose sides. They have to console and care for their parents instead of their parents caring for them. This is an example of bad parenting which parents should avoid at all costs. 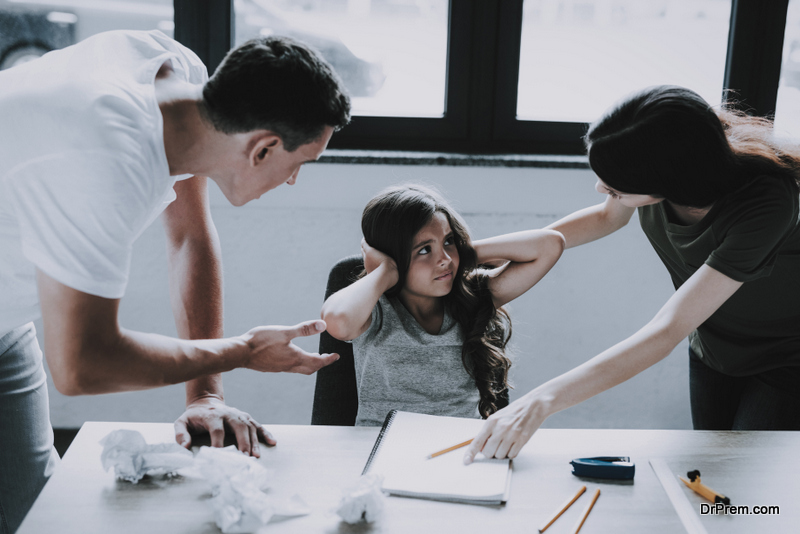 Many parents expect their children to be on their best behavior, always get the highest grades and be the best sportsman. When children fall short of the goals set for them by their narcissistic or over-achieving or pushy parents, they are emotionally abused through disparaging comments. Toxic parents think that making negative comments will spur the child on, but actually the opposite is true. Children become demoralized, and grow up without any self-respect or self-esteem. Negative comments and slights make children feel bad about themselves and can ruin a child’s life.

Some parents force their children to open up and share their feelings with sincerity, and when the children do that, they use the information against the children. They do this by sharing the child’s personal experiences with relatives and neighbors, which embarrasses the child. The child cannot trust their parents and sometimes, they have a hard time trusting people as adults. 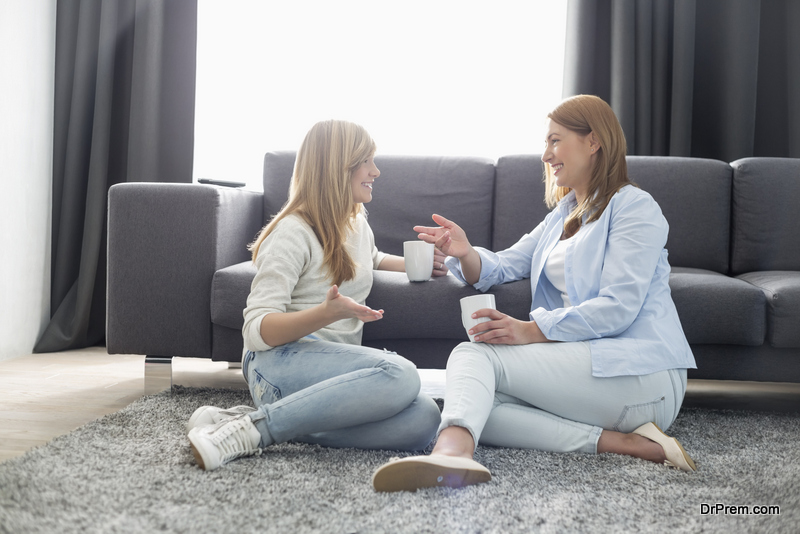 Parents have lots of reasons to avoid talking openly to their children about topics like sex. They believe that talking about the topic would corrupt them. Some parents falsely believe that the topic is taboo. Not talking about this is actually harmful for children, and is actually bad parenting.According to studies, teens whose parents do not talk about this subject, do not use contraceptives, rather than children who are given the big talk by their parents. Many teenage pregnancies can be prevented if parents talk freely to their children. 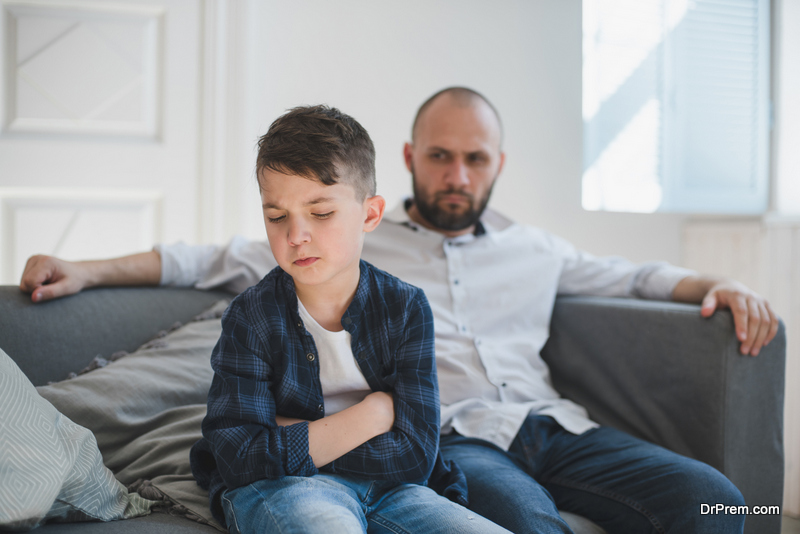 Children are vulnerable creatures who have fragile self-esteem. Toxic parents use the failures and flaws of their children to lower their self-esteem, and thus control and manipulate them. They body shame them, find flaws even if there aren’t any. These parents install a sense of inferiority in the children, and they don’t want to see their children succeed. They want their children to never exert any will power and do what they want to do. Destroying a child’s esteem is to destroy child’s future.

6. They set a bad example 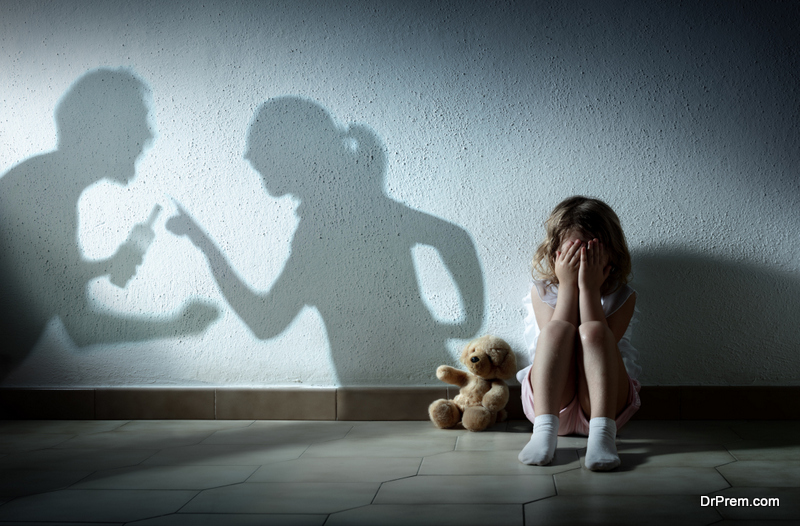 Teaching one thing and behaving in the exact opposite way sends a conflicting message to children. Besides, when children see their parents behaving in a certain way while preaching the opposite, makes them take the things they are requested to do lightly.

Children imitate the behavior of adults and when they see the improper behavior of their parents, they pick up the bad behavior unconsciously. Thus, the example set by parents, older siblings make a great impression on younger children.

When children see the adults, they look up to with kindness, respect and patience, then children will follow and behave in a similar manner. 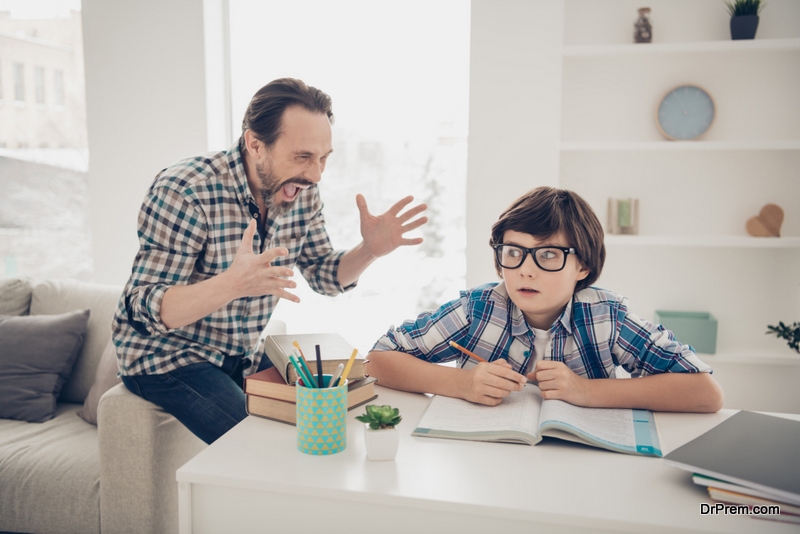 Parents who have not been able to achieve their ambitions force their children to be overachievers and fulfill their dreams. This could go against the children’s natural talents and inclinations, but they do not care about their children’s wishes and dreams at all. Toxic parents force career choices on their children, making them give up the path that they feel a natural flair, passion and connection for. 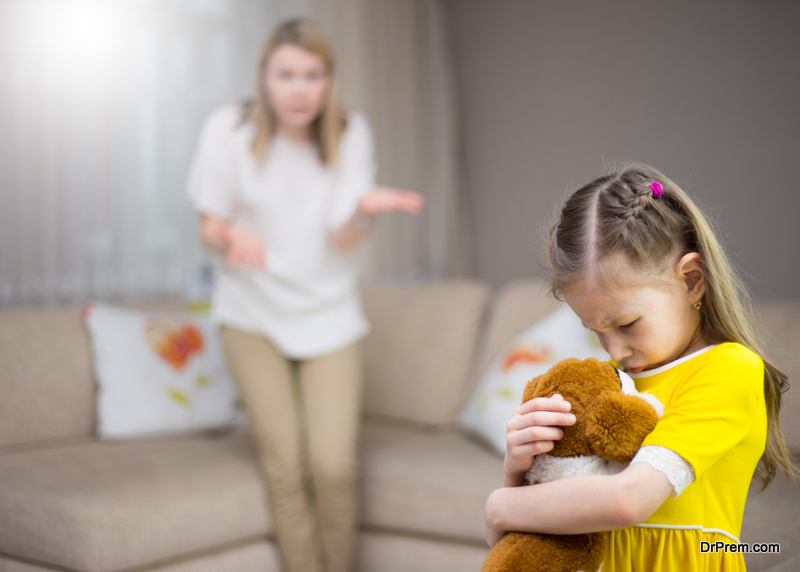 Some parents think that their word is to be followed blindly. They think they own their children, and have the right to program and dictate their offspring. They feel threatened when their children think their own thoughts and display their independence. Children raised by these kinds of parents become submissive and timid. They become passive, believing that they do not matter at all. This puts them in a vulnerable position throughout life, when they cannot defend themselves from people they perceive as powerful.