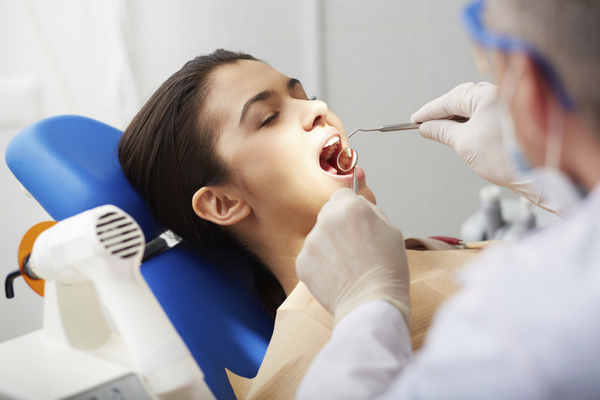 No woman likes her gums to bleed; they are a nuisance to anyone who appreciates oral hygiene. Those red, bloated, gums with a tint of redness on the corners indicate pregnancy gingivitis. What is pregnancy gingivitis? It is a disease of the gums with the symptoms indicated above. It happens to females during pregnancy, and about half of pregnant women suffer from it. It so happens that during pregnancy progesterone (a female hormone) level increases in the body, which increases your gum’s sensitivity to the bacteria that is present in the plaque that forms on your teeth. Also, it leads to increased circulation of blood to mouth. Your gums therefore appear swelled and red.

There are also other issues that develop with it. Females may, sometimes form a benign nodule, called Pregnancy Tumor or Pyogenic Granuloma, on the gums. It often ruptures when you brush your teeth, and it begins to bleed. Do not worry; this tumor is not like the harmful, dangerous tumors you have heard of. It is completely harmless and is just a protrusion. They may also develop on any part of your body. They breed in proximity to gingivitis affected area and are smaller than an inch. It generally vanishes on its own after the birth of baby. If they do not, you may ask your dentist to cut it off

1. Can gum disease affect my pregnancy

It is necessary that you develop good oral hygiene habits and visit your dentist regularly. Do not allow such diseases to develop in your mouth.

A. Oral hygiene begins with the basic- brush your teeth twice daily.

B. Use a toothbrush with soft bristles that won’t harm your gums.

C. Avoid toothpaste with very high fluoride content, but should have fluoride.

E.There’s a layer of tartar and plaque that develops on your teeth with regular eating. They don’t get off easily. You may have to visit a good dentist to get rid of the unwanted layers. Get a check up during pregnancy. Gum problems worsen during pregnancy; it is better to keep a check on your teeth and gums.

F. You should not fear a treatment if your dentist suggests you one. They are completely harmless. Your dentist will suggest you antibiotics that are safe during pregnancy. But do let him know that you are pregnant.

3. When should I call the dentist

A. Toothache: Be assured that toothache is a forewarning to a dental disease.

B. Bleeding gums: Visit your dentist immediately. It can be gingivitis.

G. Unwanted protrusion in your mouth- both painful and painless


With 18 Years of experience in publication, having millions of readers and half a million social media followers, we are one of the biggest, oldest and the most trusted web magazine network with 50+ web magazines. Allow us to provide the ethical marketing push to your products / services through guest posts, content marketing, focused reviews, targeted traffic, quality ranking and promotional solutions.

Connect with us for more info.

How to get through your First Time...

Tips to take care of yourself and...

Tips for getting through a difficult pregnancy

A guide for new parents who are...

Pregnancy Pillows and their role in providing...

ParentingClan.com – A Dr Prem Web Magazine Network Site. With 50+ web magazines and 5 million monthly readership, we invite you for Promotion, Review, Ranking and Marketing of your Content, Products and Services. Also connect with us for sale and purchase of websites. Contact Us Now.